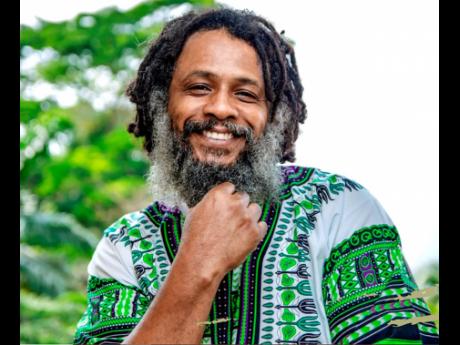 Contributed
KGenius wants to be a household name in Jamaica.

As a Jamaican, reggae artiste KGenius has always appreciated Africa as the place of his ancestral roots. In fact, ever since he was a young boy growing up in Spanish Town, the entertainer felt a deep connection with Africa that he could not deny. He recalls seeing the worst of the country being displayed in TV commercials and hoped that he would one day explore the continent and experience the people and the culture for himself. The artiste has been doing just that as he has been living in Ghana for the past few years.

“I knew I had to really experience the people and the culture for myself. I came here, and the experience has been great. There are a lot of good things happening in Africa that don’t get highlighted, and I guess I just want to use the music to paint a different picture of the place,” KGenius said.

Through his artistry, KGenius has been showcasing the best of the African culture and has even been contributing to grooming new talent coming out of Ghana. Recently, he collaborated with popular Ghanian radio personality Ohemaa Woyeje on the track Jungle Hunt, a single that has gone on to be a massive hit in the country.

“Ohemaa Woyeje is a top radio DJ in Ghana, and she became my manager last year. She knows all the artistes on the music scene in Ghana. She was gonna hook me up and get me to work with the likes of Stone Bwoy, Shatta Wale, and more. She made some connections, but everyone was busy at the time. I wanted the song to get out there, and so I challenged her into doing something she has never done before,” he said.

“I asked her if she would be willing to do the song with me, and she said yes. I coached her, and bwoy, when we were done, people thought she was doing this for a long time and that she was even Jamaican the way she handle the patois. The song became a massive hit song here, and we never expected that. Even the president has been calling to congratulate us on the track,” he said.

Jungle Hunt is a story about a man’s quest to find a virtuous woman. The video was officially released on March 17 and is close to 100,000 views on YouTube. Ohemaa Woyeje told The Gleaner that as KGenius’ manager, she never thought she would be working with him in this way but says she is glad she took on the challenge as it has unlocked a hidden talent. “I never even thought about doing music, but it worked out. The whole of Ghana, the way they’ve responded, it came as a surprise,” she said. “The people here now want more. KGenius and I are now working on other songs.”

Having landed a hit single in Ghana, KGenius says he will be using the African market to help establish himself on home soil. He explained that with the entertainment industry in Jamaica being hugely competitive, if he manages to break barriers from another continent, he will be well on his way to becoming a household name in his home country.