After quadruple bypass surgery, Tommy Cowan gives thanks on his birthday 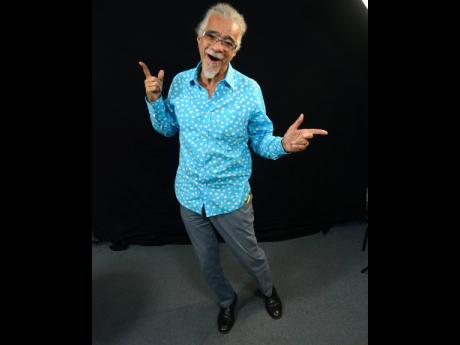 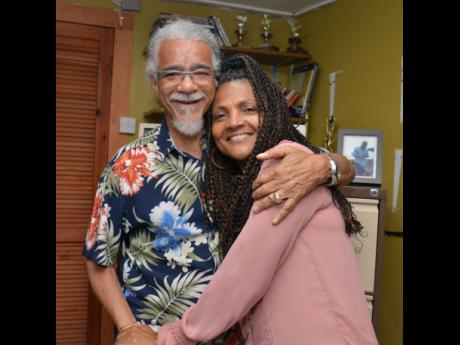 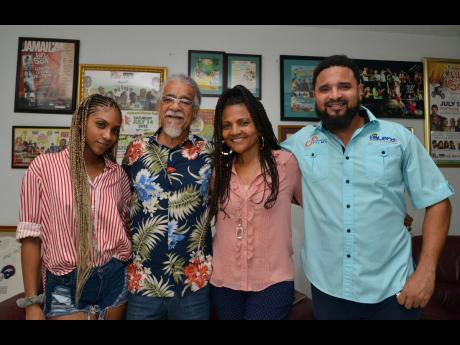 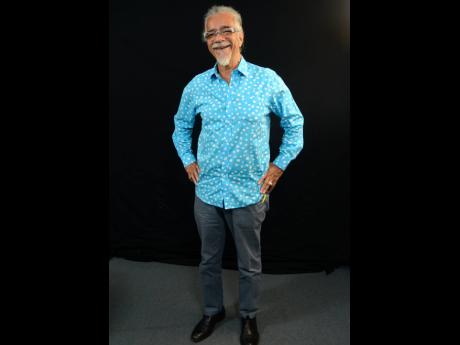 At 75, and being able to celebrate another birthday, especially during the era of the COVID-19 pandemic, is nothing to take lightly. And no one knows that better than Tommy Cowan, the impresario who has seen and done more than most. But if the devoted husband, father, record producer, promoter, singer, songwriter, ordained gospel minister and emcee thought he had experienced it all, he was wrong, there was more in store. A visit to the doctor last November ushered in a new, heart-stopping journey, the purpose of which he is still pondering.

“Whatever I am doing for my birthday this year in particular, I have to give thanks and praise,” Cowan, who distinguished himself as an emcee, with the catch phrase “Yes indeed!” told The Gleaner. “I had a quadruple bypass surgery in November last year after visiting the doctor for what I thought was acid reflux, and was treated for it,” he further explained.

But, he was also referred to an interventional cardiologist at the University Hospital of the West Indies for further checks. Always attentive to his health, owing to hypertension, Cowan dutifully went to get an angiogram done, but that set in motion a series of events which led to an astounding revelation. “The doctor looked at the prescription I had received and said, ‘This tablet is to prevent you from having any damage’ and she decided to check. While having the angiogram, I passed out,” he shared.

From that point, things took on a life of their own and moved at a brisk pace. The family’s focus was to follow the doctor’s instruction and get the surgery done in a heartbeat. “Everybody had to run around. The hospital had to be paid before the surgery. It cost millions of dollars, which we didn’t have. My daughter sent some money, and the bank sent it back because it was too much, and we were working against time. Then God sent someone. This friend just came in with his credit card and put it down, and said, ‘When yuh ready, pay me back’,” he recalled.

According to Cowan, once things were put in motion, there was no time to think about fear. “When you are at the front end of it, what you want to do is get it done. For a while, you don’t want to speak about it. When you are doing heart surgery, they have to stop your heart. Somebody comes in and cuts you open, and it’s like a violation. Something in your DNA rejects this invasion,” he stated.

Cowan’s surgery was performed the same week that his friend, the legendary guitarist Dalton Browne, also underwent quadruple bypass surgery. It was the same heart surgeon who operated on both music industry giants. Regrettably, Dalton passed away soon after the surgery, and Cowan is still missing his ‘bredren’.

“Dalton used to come by the studio all the while,” he said softly. “People say, ‘God has more work for you to do’, but really and truly God is God, and He doesn’t need me to do His work. Even at this age, you are discovering who you are. Why would God save me? What is my purpose? What is my assignment?” he asked, subconsciously dropping the title of his wife’s last album, The Assignment.

He describes his journey, which at one point included painkillers and not being able to sleep without the use of sleeping tablets, and having his daughter Naomi coming to the hospital with her guitar to play a special song for him. That song, Cowan explained, was “sent” to him weeks before his surgery.

“My father was a pastor and there are nine brothers and two sisters of us, and also others who my parents cared for. Some of my brothers are pastors as well. And I got a visit from one who sang this song titled Cover Me. It says ‘ Peace of God, cover me, through the storm, cover me’. That song became my medicine while in the hospital. Carlene did a version of it, which was released yesterday,” Cowan said.

Now on the road to recovery, Cowan is taking it one day at a time. “The recovery takes quite a while. I can do a 40-minute [bout] around the track walking. My right leg is stiff because that is the leg that they took the veins out to replace in the heart. It took me a week before I could go into my bedroom when I left the hospital, because my room is upstairs and I couldn’t climb the stairs. Luckily, I have a friend, Dr Lodenquai, who did the same surgery a year ago, and I can always call and share what’s happening and he reassures me that it is normal,” he said, relieved, while also thanking his friend in Tivoli, who despite his own challenges, always calls with uplifting words.

And, as far as birthday celebrations for today goes, Tommy Cowan is just happy to be alive at 75.

“I really don’t have plans, with everything that is happening, we have to exercise patience. We all have to take personal responsibility and with the reality of my age, I have to use wisdom. It is so funny that I have invitations from people out of town to come spend time down at their hotels. But I don’t want to be tense and be thinking, ‘Who is that coming towards me? Does the person have on a mask?’ At the end of the day, we all have to just take precautions, be wise, and always give thanks,” he declared.

Cowan has a long and dazzling history in the music business. He was a member of The Jamaicans, which won the Festival Song Competition in 1967 with Baba Boom. According to his biography, after the group split, Cowan went to work as marketing manager for Byron Lee’s Dynamic Studios. He moved into record production, producing songs with Jacob Miller and Inner Circle, Leroy Smart and Israel Vibrations. As emcee, he worked at Reggae Sunsplash and the historic One Love Peace Concert. He toured Europe with Bob Marley and then Zimbabwe in 1980, where he emceed the Zimbabwe Independence Day Concert.

Cowan converted to Christianity in 1996, and together with his wife Carlene, began Glory Music. He is also the producer of the Caribbean’s largest Christian music festival, Fun in the Son. In October 2007, Cowan was awarded the Order of Distinction (Commander Class) by the Jamaican Government.